When Facebook Catches The Flu, The FANG's Catch A Cold, And... The Market Shrugs 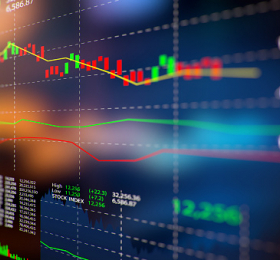 For some time now, much has been made of the FANG (Facebook, Amazon, Netflix, and Alphabet) stocks. They are a source of pride for some, a source of pain for others (see David Einhorn’s recent performance), and for still others a sort of market-related Magic 8-ball. In light of Facebook’s earnings release and pursuant share price collapse, we thought it was an opportune time to address one of the market’s boogeymen, breadth. After all, as of this writing, the social network has singlehandedly reduced the market value of the S&P 500 by more than ~$130B in just a few trading days.

Certainly, a large piece of the equity market’s year-to-date performance can be attributed to the likes of Facebook (FB), Amazon (AMZN), Netflix (NFLX), and Alphabet (GOOG). Using the S&P 500 as a proxy, this means that four stocks out of 500 are driving the lion’s share of positive returns thus far in 2018. Is this a good thing, a bad thing, or simply irrelevant? Our answer shouldn’t surprise you: It depends!

To be sure, a drubbing of one of the world’s most valuable companies does have spillover effects and those effects can be amplified by the extent to which the market depends on the FANG’s. All four companies have reported 2Q earnings and we know two of them (FB and NFLX) are not bulletproof. AMZN showed remarkable agility in its pivot toward profitability and GOOG knocked it out of the park. In a macro-sense, all four of these stocks tend to thrive in growthy, low interest rate investment environments, but given their valuations, earnings misses and/or disappointing guidance lead(s) to sliding share prices- sometimes in dramatic fashion. In market-land, nothing happens in a vacuum (rightly or wrongly), and so, this basket of four stocks has been taking it on the chin lately. Some would call it “contagion,” but what does it mean for equities in a broader sense as an asset class- if anything?

Sometimes contagion fears are justified. The spillover effects from bursting bubbles can prove to be far more “contagious” than first imagined. We have seen this countless times over history and we have a few noteworthy examples in the past couple of decades. A unique aspect of “financial contagion” is that it isn’t necessarily transmitted from one entity/ body to another (it can be). Rather, in more serious cases, it is more often an inherent trait- something closer to financial DNA than a virus- that does the damage. Market participants effectively seek out “positive” and “negative” traits for publicly traded companies/ financial assets. The trick is that some positive traits can be negative in certain environments and certain negative traits can be positive in others. A simple science it is not. There are, however, rare occasions when substantial bubbles form in financial assets/ instruments. When these bubbles burst, the results are catastrophic. Markets penalize those who possess these particular traits/ assets and those that depend on them. As for prices… well, they “adjust.”

So, it is not surprising that weakness in FB would spread to the other FANG stocks, but what about the broader market? After all, the market has depended on the FANG’s to generate a large portion of its returns. Here comes the market breadth boogeyman… Let’s stop here and look under the bed.

The S&P 500 is a market cap weighted index (unlike the Dow, which is price-weighted, there is a big difference). Therefore, companies in the S&P 500 increase their influence over the index as their market capitalization increases. It is important to note that market capitalization is a function of the number of shares outstanding and the price per share (the Dow excludes the former and only “weighs” the latter). As the second quarter drew to a close, the FANG’s represented ~10% of the S&P 500 index. Now, that is a lot for only four stocks and there is that dependency we talked about. So, if we should really be concerned about market breadth in this case, wouldn’t we expect FANG weakness to contribute as much if not more to declines in the S&P 500 on a market cap weighted basis? Yes, we would and that hasn’t happened. In other words, the argument for FANG contagion risk must hinge upon the hypothesis that the FANG stocks are revealing a new systemic risk to the market? Our thinking… unlikely.