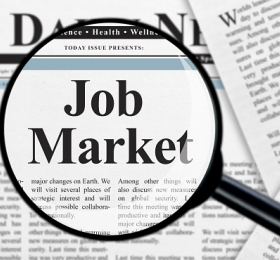 Will a weak headline jobs number bring Santa Claus to town? Unlikely but not entirely impossible. The US labor market added a meager 155,000 jobs in November. Seasonal hiring factors and the return of workers displaced by Hurricane Michael were not enough to bring hiring activity up to the level we have grown accustomed to over the past 12 months; BLS notes the 12-month average is ~209,000. Meanwhile, the unemployment rate held at 3.7% and labor force participation came in at 62.9% in November. In comparing where we are today to where we were this time in 2017, the labor participation rate has improved 0.2% and unemployment has fallen by 0.4%. A lesser followed but still significant metric, the employment-population ratio, has increased 0.5% year over year. Hourly earnings came in at $27.35/hr, a 3.1% increase from last year, even as the average American workweek decreased by 0.1 hours to 34.4 last month.

Not surprisingly, the US dollar fell on the news of a relatively soft jobs number. The internals of the report do not support the thesis that a meaningful deterioration in the labor market is underway, but without any significant increase in wages/ inflation, where does this “put” the Fed? We have already seen the Powell Fed reverse course twice in as many months. Meanwhile, OPEC ministers convened in Vienna to discuss the possibility of production cuts- and perhaps an exemption for Iran. The Trump administration wants lower oil prices. Yesterday, the Saudis signaled a deal was unlikely, but news this morning suggests a deal is certainly in the works- language will be an important feature of any agreement.

Let’s take a quick look at two of the largest monetary policymakers in the world: the Federal Reserve and the European Central Bank. While similar in many ways, they are also significantly different in certain key respects. One of the key differences is in how the ECB and the Fed view inflation data. The Fed looks at core inflation, which eliminates the impact of volatile items like food and energy prices, but the ECB does not. So, when oil corrected and went on to enter a bear market, this has much more of an impact across the pond than it does here domestically. To be sure, oil prices are not the only thing keeping Mario Draghi up at night. He has the Brexit saga to consider. He has his fellow countrymen in Italy clamoring for a better deal with the EU. We have mentioned at times in the past that the European financial situation is different than ours in that their banks were never recapitalized in the aftermath of the financial crisis. In short, there are many reasons for the ECB to remain “accommodative,” but what about the Powell Fed?

Jay has had a rough first year at the helm of the Fed. Financial markets basically cratered when he took his post. It was not apparent that he knew how to respond, and so he simply did not. By the time he did utter a few words, the message was somewhat incongruent with the state of markets- risks are “balanced.” TWP noted the possible skew of outcomes being quite negative in the spring. So, we had to respectfully dissent from the Fed’s more sanguine view of the world, attaching a fair value target to the S&P 500 of 2740. The domestic economy has been more resilient than we had anticipated, but tremendous headwinds to risk and growth remain even if Jay has tamped down his rhetoric significantly in recent days. It will take more than words to revive risk appetite should Mr. Powell lose any more credibility. For our part, it is not all doom and gloom, as we have noted that fundamentals are quite good even the headlines are not. To that end, we are revising our S&P 500 estimate to 2800.