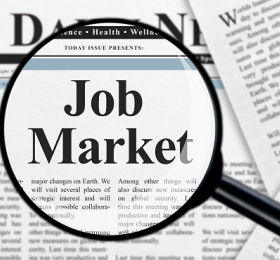 If last month’s report equated to economic fireworks, then this month’s is more indicative of the dog days of summer. That is not to say there hasn’t been much excitement lately, but you won’t find it at the Bureau of Labor Statistics this morning. American payrolls expanded by 164,000 in the month of July, according to the BLS. Unemployment remains anchored at 3.7% and U6, a broader measure of unemployment, dipped 0.2% to 7.0%. In July, wages rose by 3.2% year over year even as the average US workweek slipped to 34.3 hours. Professional and technical services along with healthcare staffed up significantly last month with hiring activity totaling 61,000 jobs. We noted a couple of months back that there has been some firming at the lower end of the employment spectrum, and apparently, we weren’t the only ones that noticed.

Grabbing the majority of the attention lately has been the Federal Reserve and its assessment of the US economy. In a widely anticipated move this week, the Fed elected to cut interest rates by 25 basis points (bps). Chairman Powell and his cohorts also determined that the balance sheet roll off would end roughly two months ahead of schedule (i.e. now). On its surface, this sort of move would seem “accommodative,” but not surprisingly, the color came in the comments, during Mr. Powell’s press conference. In cheering the opportunity set now afforded to those at the lower end of the income spectrum, Powell added that he feels the actions of the committee are consistent with a “mid-cycle cut.” Further, he was hesitant to commit to a longer-term rate cutting cycle when pressed on the issue. Markets summarily interpreted the rate cut as hawkish and promptly sold off risk assets. Within 24 hours, the administration in Washington had lambasted the Fed and ratcheted up trade pressure on China thereby compounding growth concerns.

The cause for the Trump administration’s pivot from Osaka trade truce to trade pressure can be broken down along two lines of thought: the first involving a trade deal, the second involving the Federal Reserve. Trade teams from the world’s two largest economies had assembled in Shanghai at the start of the week to discuss a deal to end the yearlong trade war. Ostensibly talks were “productive” in Shanghai, or at least, that is what was articulated before the Fed announcement on Wednesday. The Fed announcement came at 2 PM EDT and Powell’s press conference went with much muddled dialogue. Late Thursday morning the Trump administration broke its truce with China and announced the possibility of 10% tariffs on an additional $300 billion of Chinese products, which will theoretically go into effect September 1. The reasons given were China’s lack of US agricultural products purchased and its failure to crackdown on fentanyl exports to the US. In the very recent past, this type of action has precipitated dovish commentary and posturing from the Federal Reserve, due to the ramifications it carries for dampening economic activity and growth. The White House has demonstrated it is keen to deliver a dovish Fed. However, Powell’s comments suggest a “favorable” outlook for the US economy, though he cited the Fed’s lack of experience with tariffs and waning business confidence as concerns. It seems both the administration and the Fed have a similar view regarding the resilience of the US economic expansion. The chief risk, of course, is that Chairman Powell and President Trump are overestimating the strength of the US economy and its ability to sustain a policy mistake.