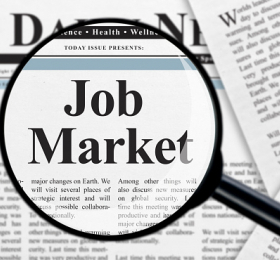 Today’s headline jobs number confirms that the US economy is on solid footing to start 2020, but the internal figures suggest that there is certainly room for caution. American employers added 225,000 jobs in the month of January. Meanwhile, January’s unemployment rate and U6 rate ticked up modestly, logging monthly increases of 0.1% and 0.2% respectively. Labor force participation increased to 63.4% and wage gains are running at a strong 3.1% clip year over year; however, BLS reports that there are significantly fewer Americans working today than previously reported.

In keeping with a longstanding tradition at the Bureau of Labor Statistics, the January jobs report brings with it a reconciliation of past reports. On the whole, US jobs were overstated to the tune of 514,000 as of March 2019. Relatively speaking, this represents 0.3%, but when taken in concert with an aging workforce and a general lack of real inflation, this represents somewhat of a conundrum for monetary policymakers at the Federal Reserve. In the Fed’s most recent statement, policymakers seem content with the current calibration of interest rates given the present economic climate. Certainly, Powell and Co are monitoring the downside risks associated with China’s corona virus outbreak and a slew of geopolitical crosscurrents— if you have a Union Jack, waive it as Britain has finally exited the EU. The path forward is mired in the uncertainty of a number of catalysts.

Thematically, we live in a world of tremendous uncertainty punctuated by abundance on one hand and scarcity on the other. In financial terms, abundance can be associated with the level of accommodation offered by the world’s central banks a la various open market operations, balance sheet expansions, and interest rate policies since the financial crisis. Scarcity can perhaps be just as closely linked to real growth and yield. Steadily falling costs of capital make virtually any profitable venture seem inherently more valuable as the virtues (or vices) of scalability drive valuations to new highs. In such an environment, asset prices balloon— oftentimes in unison. With the right catalyst, this environment can quickly ignite Keynesian “animal spirits.” In today’s marketplace, we most closely associate this idea with FOMO or the fear of missing out. Unfortunately, FOMO is not a rational argument to support market valuations. Strategically speaking, so long as real growth can endure the onslaught of sundry uncertainties and its relationship with the cost of capital remains benign, then risk assets (and equities in particular) can sustain multiple expansion. Tactically speaking is another story, however.

With waning consumer spending and faltering CEO confidence in the backdrop, the US economic picture is a bit murkier than one would expect following the delivery of President Trump’s State of The Union address. Business spending is a primary point of contention in 2020. Some pundits are forecasting an uptick in capital expenditures from corporate America, while others suggest the more likely outcome is job cuts. There is merit on both sides of the argument. On the one hand, fundamentals are firming and earnings have proven resilient on a global scale auguring for yet another year of expansion. Having operated so long under a cloud of political and economic uncertainty, businesses will simply need to invest. On the other hand, the labor market still has sufficient lack, as evidenced by the absence of upward wage pressures. In an environment fraught with risk and uncertainty, executives may simply choose to reduce payrolls in order to generate incremental earnings growth, while giving themselves ample flexibility to staff up when and if needed.  Should the economic picture dim: will many management decisions boil down to the classic battle of man vs machine?