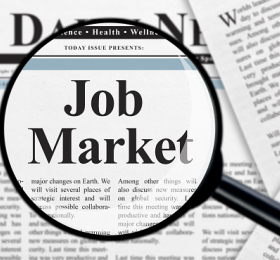 The US economy lost 20.5 million jobs in the month of April. I will say it again… that’s MILLION. Let that sink in for a minute or two. The official unemployment rate jumped to 14.7%. In the span of two months, unemployment in the US has moved from lows that we have not seen in two generations to a high akin to the Depression era. U-6 clocked in at 22.8%. Meanwhile, for those in the workforce, the average American workweek remained relatively stable at 34.2 hours and hourly earnings increased 4.7% month over month. Many of these losses are currently “temporary,” but the shape of the recovery will be the determining factor in whether many of the job losses recorded today are in fact temporary. These are truly unprecedented times.

April was historic in many ways. We witnessed earthshaking announcements from policymakers to stem the crisis. Central banks remain on high alert and government officials continue to roll out fiscal stimulus packages. Federal Reserve chairman, Jay Powell, announced he will use all tools necessary to “forcefully” fight the crisis. In addition, the Fed has stepped into financial markets in ways it never has. In the commodity complex, front month crude oil contracts priced negative as extraordinary contango gripped buyers and sellers in the space. Moreover, the US economy officially entered recession, contracting at 4.8%.

It is important to remember, particularly in these times, that there will be a post-corona era. While jobs, PMI’s, ISM reports, and consumer indicators are bleak and earnings season provided little certainty regarding the path forward, we must counterbalance the current economic difficulties with the likelihood of future events. The amount of liquidity that has been pumped into the global financial system in the span of ~8 weeks appears to have stayed the crisis for now. If fundamentals continue to deteriorate, it appears likely that we may not return to 2019 earnings levels until the end of 2021. Meanwhile, the S&P 500 is pricing near our current fair value estimate, and we see little in the way of fundamentals to move that estimate higher or rerate our view on equities as an asset class.