Is It or Isn't It 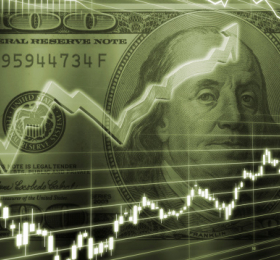 In preparation for the much-anticipated reading on US GDP this Friday, we thought we would drop you a short line. What has transpired over the past month since the Chinese central bank (PBOC) reduced the required reserve rate for local banks is quite dizzying. There have been economic reports, Fed speak a la Jay Powell and others, geopolitical bluster and of course, tweets. To recap, the US economy is doing well, the Chinese economy not so well, Jay and Co spent a good deal of time addressing the trade war, the Donald has reportedly signaled a huge US GDP print, and the Chinese are onboard to stimulate their local economy via fiscal policy. Oh, and let’s not forget that earnings season is well underway and the Bank of Japan announced an unlimited appetite for 10-yr JGB’s (Japanese Government Bonds), while contemplating a policy shift. In other news, The Open Championship has its first Italian victor in Francesco Molinari and Novak Djokovic won his fourth Wimbledon. Quite a lot going on… of course, some things are more relevant than others.

There has been a lot of political sound and fury both domestically and abroad regarding tariffs and trade. Last Friday served as a microcosm. In the early morning hours, the US administration branded China and the EU as currency manipulators. The tweeting continued and dragged the Fed into the mix. Evidently, the White House is not happy about the Fed’s path to “normal” monetary policy. Now, levelling accusations against trading partners regarding currency manipulation isn’t exactly news, but questioning the Fed is a new twist. It is important to step back here and see it for what it is- all hot air aside.

The Chinese yuan had been weakening significantly since mid-June. The pace of the decline had caused many market participants to question whether China was beginning to run the risk of capital flight- similar to what occurred during the summer of 2015. But, what was overlooked is the fact that the yuan is now a reserve currency and attained that status on November 30, 2015. This is significant. Next, the administration accused both China and the European Union of keeping their currencies artificially low. We know that the value of a currency is fundamentally a function of interest rate differentials, and who is theoretically in charge of short term rates in the US? The Federal Reserve with Jerome “Jay” Powell at the helm. So, the administration did a couple of interesting things:

Interestingly, it could be interpreted that the White House actually did the Chinese a “favor” without changing its rhetoric or diluting its appeal to its constituents. It is always important to note actions and/or words in their proper context. With all the back and forth and political theater these days, it is imperative to maintain an objective view.