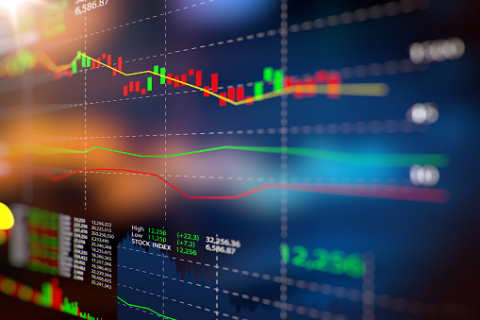 The S&P 500 (SPX) reestablished itself near the 2400 level with today’s close at 2399.63. The catalysts for the most recent run toward this somewhat psychologically significant level can be attributed largely to an easing of geopolitical risks and a surprising if not encouraging round of Q1 earnings. We remain somewhat cautious regarding the inflation outlook and the so called “reflation trade”, while maintaining a strategically bullish bias toward equities.

While the world has been able to breathe a sigh of relief in recent days with respect to geopolitical risks, we see a picture that is largely unchanged from an economic and fundamental perspective. Certainly, it is a welcome sign for risk assets as we have seen tensions fade a bit on the Korean peninsula and a return to the status quo in European politics. However, challenges to growth remain not the least of which signaled by the 0.7% US GDP print and a string of fairly average economic reports. Earnings season is a bright spot, but currencies seem to suggest a less than robust outlook. The US dollar (USD) on a trade weighted basis is slightly stronger than the levels seen before the November 8 election. Meanwhile, commodity currencies have been flashing warning signs of late, as well. The rate outlook is a bit on the murky side with market participants struggling to rationalize a stubbornly slower, lower economic growth trajectory with continued Fed language suggesting the possibility of increased short term rates. The US 10-year has been unable to meaningfully press higher closing the day at 2.41% and German 10-year bunds closed at 42 bps (0.42%).

In sum, this leaves us with a cautiously bullish outlook for risk. We maintain a moderately bullish lean with respect to our tactical equity allocations, not out of conviction for improving fundamentals but because we are stuck in the same morass that confounded investors for several years following the financial crisis.