Dalio in Davos: The Importance of Cash and Credit 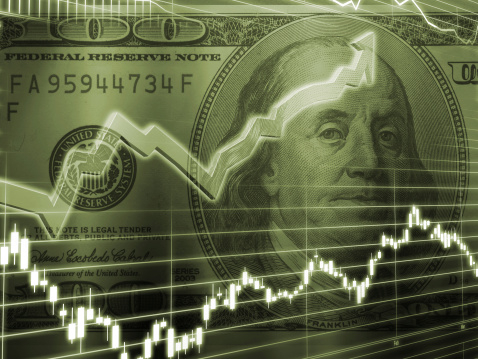 The date is January 23, 2018; the setting is the World Economic Forum (WEF) in Davos, Switzerland. As is the case each year, Davos hosts some of the world’s foremost thought leaders in finance and politics. This year the US President, Donald Trump, made a hasty trip to this small Alpine town after arranging a deal to stave off a continued government shutdown. Other politicos, executives, and fund managers were present. The comments by various speakers were many and the interviews innumerable, but one statement from the founder of the world’s largest hedge fund (with ~$160B in assets), Ray Dalio, stood out among all others on the frozen slopes, “If you’re holding cash, you’re going to feel pretty stupid.”

The market, as measured by the S&P 500, closed that Tuesday at 2839.13. Ray’s words seemed prescient as the market continued its ascent to the lofty level of 2872.87 by Friday’s close. What Mr. Dalio (nor anyone for that matter) did not know was that his statement arrived within three days of “top ticking” the market in 2018. The market has since declined more than 10% as of yesterday’s close.

The importance of cash and credit cannot be overstated…ever. To discount cash is to an extent an implied discount on flexibility. Flexibility is necessary for balance and when markets become “imbalanced” at either extreme, that is when we need it most. It is unusual to see the market ping from the extremes of euphoria so quickly, but one could argue that we have also been there for quite some time. The principles which Ray used to buttress his argument seemed to equate to something like “market Utopia”- an extreme. Total Wealth Portfolios were in the midst of raising cash well beyond normal levels as risks rose; risks soon began to correlate quite closely among major asset classes according to our models- another troubling sign. Cash has protected portfolio value and positioned clients to take advantage of this downswing in equities. The integrity of asset value preserves and enhances the potency of the Total Wealth Facility. There is obviously a preservation of “emotional capital” inherent to this process, but we cannot quantify that here- we will leave that to you.

On January 12, TWP had put out a note suggesting a price target for the S&P 500 of 3033. That number was predicated on continued “Utopian” market characteristics and functions. We have since seen an unwind in that thesis as normal has shifted again- this time in a quick, raucous manner. It is important to note that Total Wealth Portfolios adjusted and adapted to the shifting market environment in real time and were not beholden to 3033 (after all, it is only one number). Today, markets imply a more conservative valuation of something closer to 2735 in accordance with our numbers and a less constructive view on equites in general. As of today’s writing, we are moving our strategic outlook for stocks to neutral.

As we continue to weather the storm, please know you are in the safest of hands.